We were very kindly invited to visit Cadbury World for one of their festive Christmas celebrations weekends that are taking place throughout December.

On Sunday 1st December 2019, we set of for Cadbury World, which is just under an hour’s drive from us.

We were booked in to see the Santa show at 11.40am and the Pantomine at 12pm followed by time for lunch and the main Cadbury World tour at 1.10pm.

The Santa show was lovely, the stage looked great and Santa was very authentic and even did some tricks on stage and got everyone singing and joining in – Adalena loved this!

At the end of the show, Santa told the children he had bought a little gift for each of them, and that his elves would hand them out as they left – the children received a Cadbury selection box each which they were very pleased with, and I thought was a lovely touch. 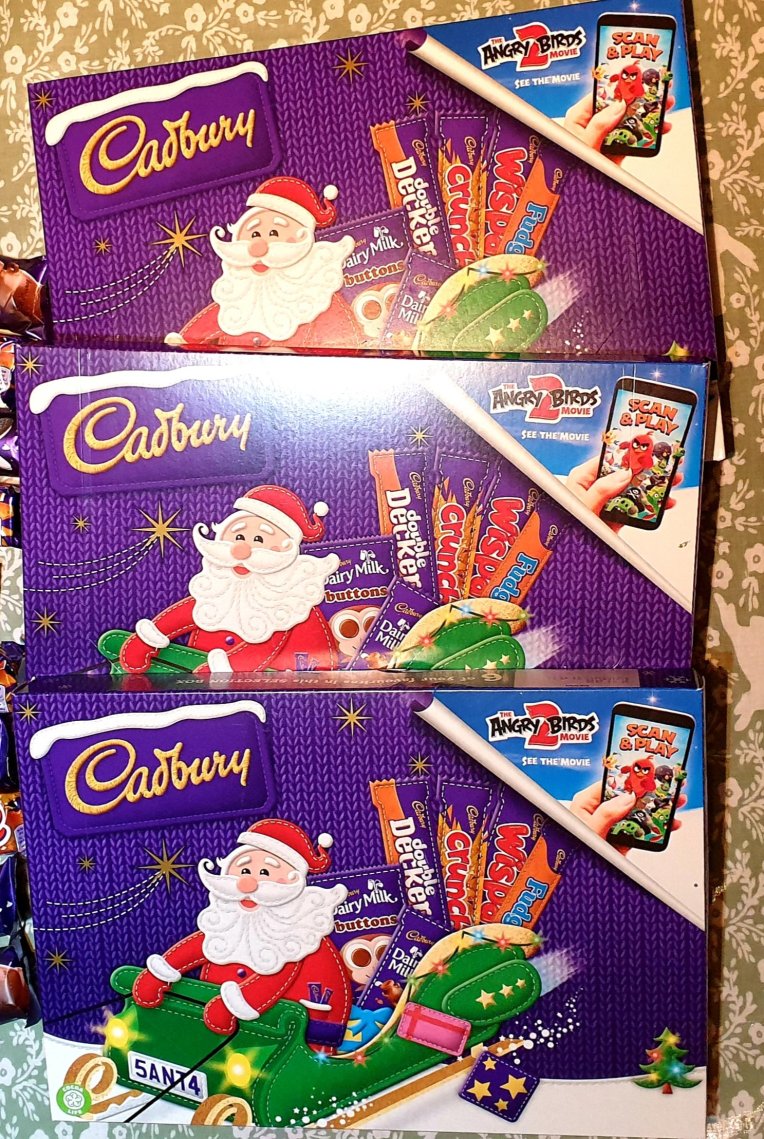 There was no photography allowed during the 20 minute Pantomime, which was a rendition of Snow White, and had both children and adults joining in and laughing from start to finish – there were some very funny moments included in the show, and I thought the actors were brilliant.

We had our packed lunch in the outdoor picnic marquee which was equipped with plenty of picnic tables and bins nearby, the Cadbury Cafe also serve a delicious range of warming meals, snacks and drinks, some which have a chocolatey twist, and we were pleased to see these at very reasonable prices.

The main tour was very interesting, it took us through an interactive zone which told the story of how the Aztecs first found and used cocoa beans, we were given two chocolate bars each as we went in.

There was a section showing what some of the very first shops selling Cadbury products would have looked like in Birmingham.

The displays around the main tour were beautifully festive without detracting from their main focus.

Next we went through to a show about the very beginnings of Cadbury as a company, the development of many of our favourite Cadbury products still available today.

and a very interesting film with diagrams and photos explaining how chocolate is made from cocoa beans. 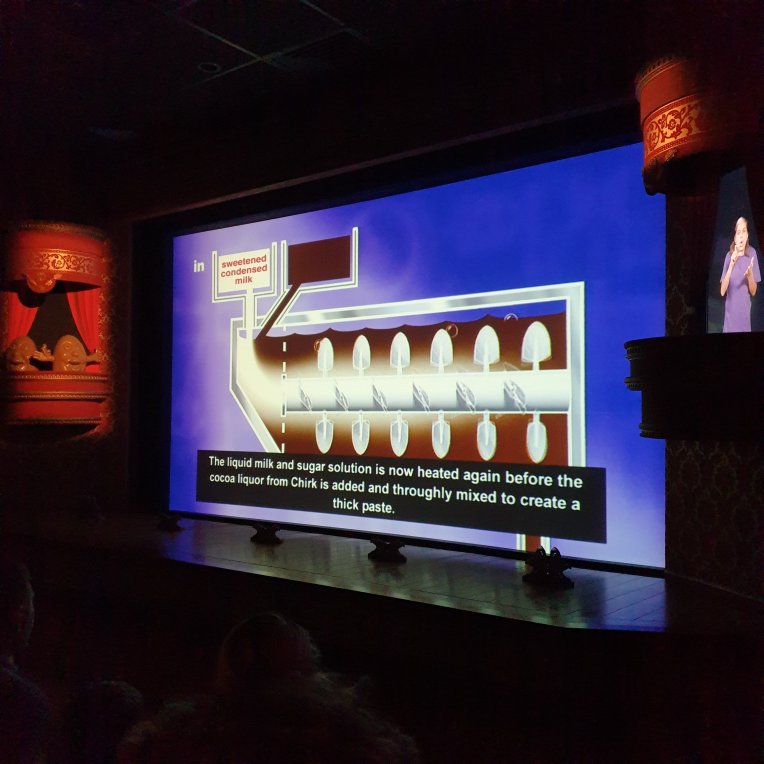 Next we entered the hands on chocolate experience part of the tour, the children received a Freddo treasure box each and the adults a bar of dairy milk.

Serena and Darian were able to have a go at writing their names in melted chocolate.

Darian had a go at tempuring some melted chocolate. 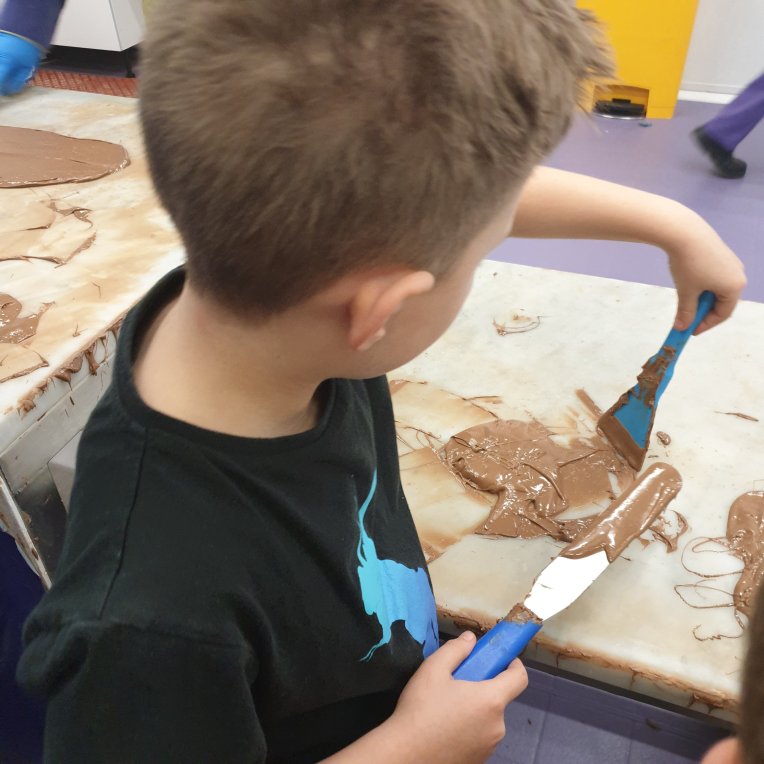 We had a great time surfing on a bar of Cadbury Dairy Milk with lots of fun props in the green screen experience!

Next was the amazing Cadabra ride, we queued for about 20 minutes for this part but the children were too busy with their Cadbury Freddo treasure box treats they had been given before the hands on chocolate section to notice the wait.

The gentle ride takes you through some fun chocolatey themed scenes.

Chocolate beans relaxing on their holidays! 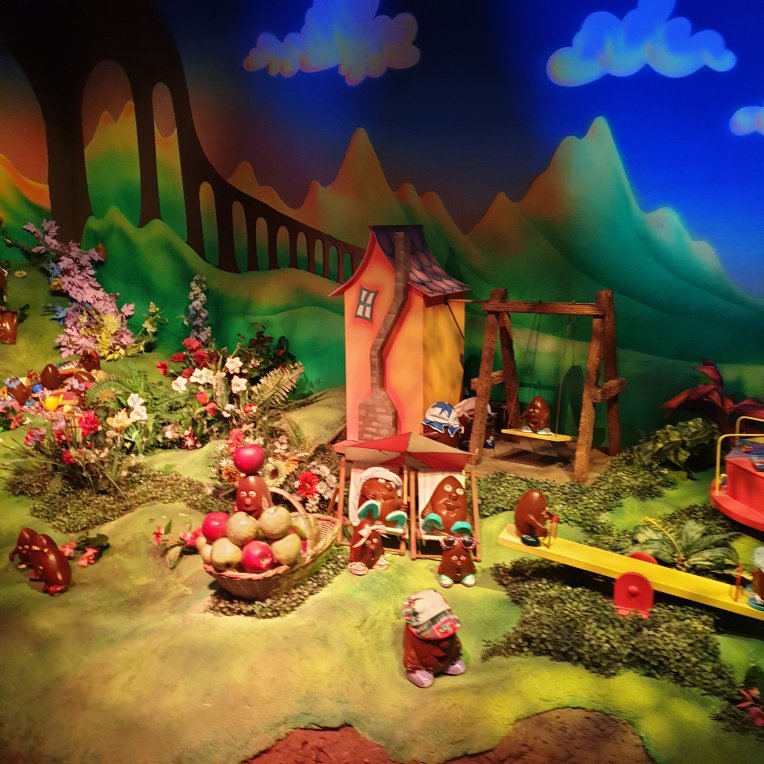 Next we were treated to a cup of warm melted dairy milk chocolate with a choice of toppings from chocolate buttons to marshmallows while we looked at some amazing chocolate displays.

We even able to see chocolate items being made by Cadbury chocolatiers. 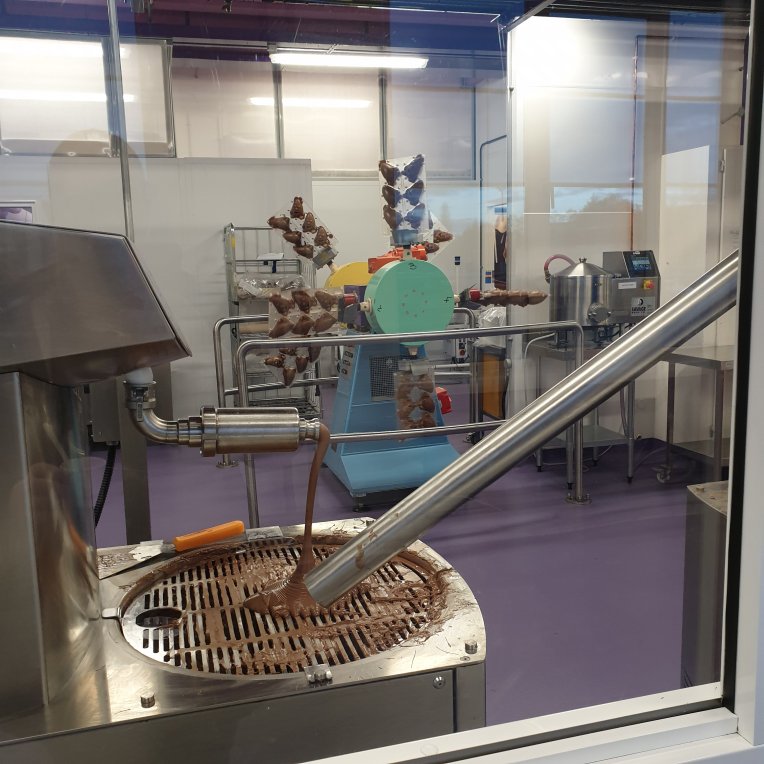 The chocolate items being made were available to purchase from the Cadbury shop.

There was a fun interactive section with a game where you could grow and harvest cocoa beans aswell as an interactive dance floor that proved very popular with the children.

The 4D cinema experience was amazing, and really realistic, taking on a chocolatey adventure with Cadbury characters like Freddo and the caramel bunny.

Lastly we went to have a look at the Bournville experience, which tells the story of Bournville village and the Cadbury factory being developed away from the city and offering it’s workers and their families a better quality of life. 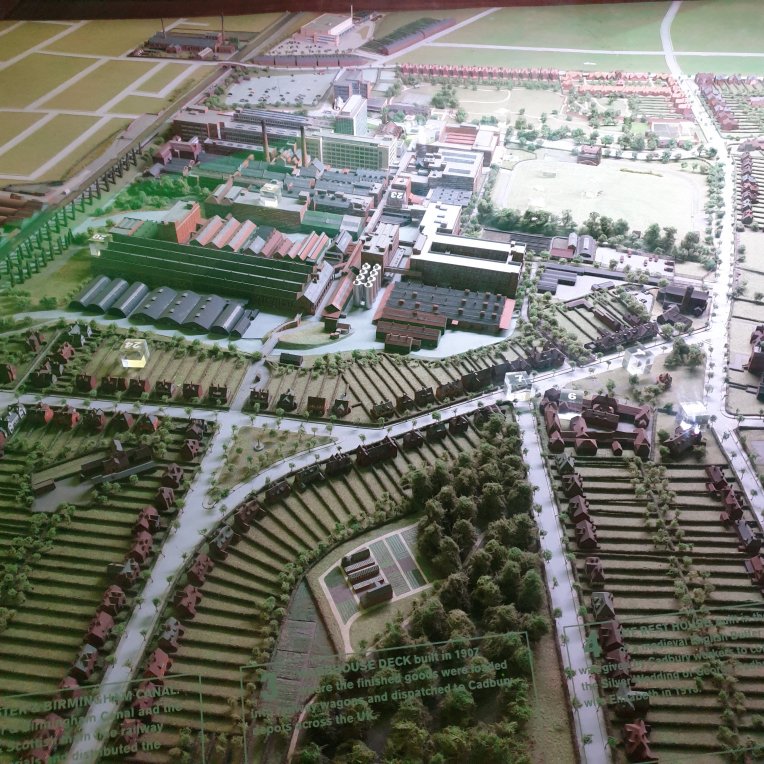 There was also a huge display of over 3000 items of Cadbury memorabilia in the Gill Cocks display.

Garry and myself enjoyed reminiscing about the old Cadbury wrappers and products that we remembered from our childhoods in this shop window.

We had to laugh when Adalena pointed this statue of John Cadbury and shouted “Daddy!” – I think there is a resemblance there you know…

At the end of our visit we went into the Cadbury shop, which is the biggest in the world. Everything was very reasonably priced, from single bars to gifts and bulk buying too.

Garry, Serena and myself bought 3 big 850g bars of Dairy Milk for £5 each and Darian chose some Cadbury stationary with his £5, and because we spent £20 we also received a cute little freddo teddy for free which Adalena claimed. There was also a choice of a free Cadbury bag if you preferred.

Darian’s Cadbury stationary, he did buy an eraser aswell which he unfortunately lost on our way to the carpark.

Adalena had a milk intolerance so she was unable to have the chocolate treats but Cadbury staff were brilliant and well used to this, when we had the pots of melted chocolate, she was given a pot of marshmallows instead and was able to swap her 3 chocolate bars given to her on the tour at reception for a money off coupon for the shop so she could choose something else, and she bought some Jelly Babies. 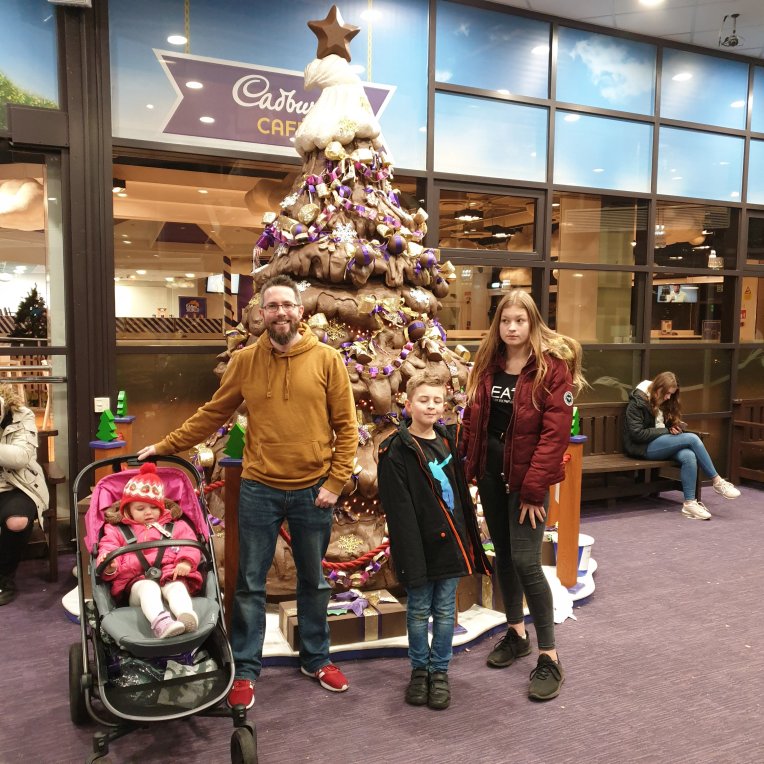 Overall, we all had a very interesting and enjoyable experience at Cadbury World, we arrived at 11.30am and left at 4.30pm, there was plenty to keep us busy all day and I would definitely recommend a visit if you love chocolate!

You can book tickets to visit Cadbury World, including the Christmas Celebrations weekends taking place up until 15th December and on 20th, 21st, 22nd and 23rd December on their website.

*We received gifted tickets to attend this event, but all opinions are our own, based on our experience on the day.