I was lucky enough to have a relatively uncomplicated and easy third pregnancy, apart from the usual heartburn and spd pain worsening from around 20 weeks, that I fully expected as I’d had them with my first two pregnancies aswell.

At 38+4 weeks I went for an Indian head massage, which was amazing and so relaxing, I’m sure I kept dropping off during it and may have let out a little snore at one point!

At 38+6 weeks, on Saturday 25th November 2017, I woke up as normal, then from around 10am, everytime i stood up I could feel myself ‘leaking’ I was pretty sure my waters had gone, although I wasn’t 100% sure as with my previous two pregnancies my waters were only broken in hospital during labour.

So I spent the day just monitoring it and phoned the maternity ward in the early evening as I was still ‘leaking’ but had no other symptoms of labour to speak of. The maternity ward asked us to go in that evening, so off we went and got there at about 10pm, I was examined by the midwife who tested to see if it was in fact amniotic fluid I was losing, although by this point we were pretty sure it was. 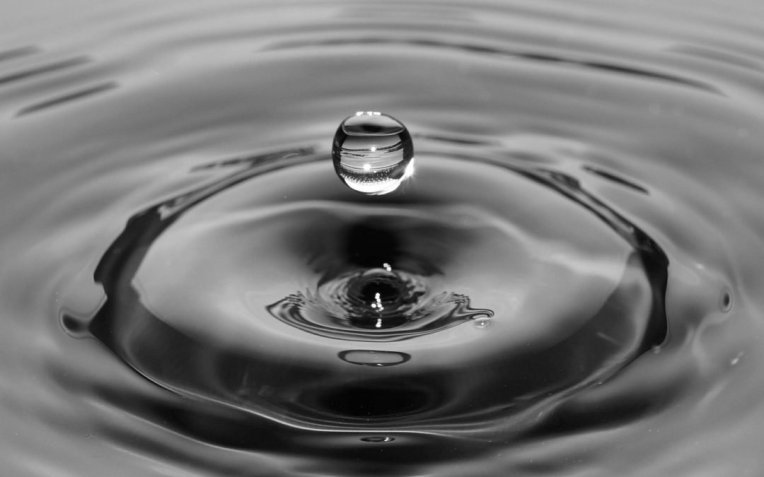 The test came back positive, and because I had no signs of labour, we were sent home to see if I would go into labour naturally overnight. But given strict instructions to be back at the hospital by 10am regardless, as that would mark 24 hours since my waters went and I would need constant monitoring from that point onwards due to the risk of infection.

I had strong contractions at home from around 1am that night, I fell asleep on the sofa at about 4.30am, then woke up at 6am on Sunday 26th November 2017 and everything had stopped, I had no contractions, no back ache, nothing.

We decided to have McDonald’s breakfast on the way to the hospital so we left the house at around 8.45am and had our breakfast. I remember us joking that it was like the condemned man’s last meal, and thinking how weird it was that we were sat in McDonald’s with our baby imminent.

We arrived at the hospital for 10am, we were checked in and taken to the maternity ward where I was examined and put on the monitor. The midwife explained that as 24 hours had passed since my waters had broken and I wasn’t in labour, that the best option would be to induce my labour with a pessary to avoid the prolonged risk of infection. I was 39 weeks exactly.

It took a further two hours and a few episodes of the Peaky Blinders on Garry’s phone, to get a good half an hour of constant trace from the monitor as I moved and knocked it off once or twice and baby kept moving away from the monitor and breaking the trace too – by 12pm they had a good amount of trace to see what is normal for baby so they could monitor throughout the induction and see if she was becoming distressed at any point.

At 1pm they examined me and inserted the pessary, and within 20 minutes I was having very strong contractions. After an hour, I asked to be examined again as the contractions had heightened somewhat and I was desperate for some gas and air, which I couldn’t have until I was in established labour and moved to the labour ward.

The examination showed I was a good 5-6cm so I was taken straight down to the labour ward in a wheel chair, which felt like the longest journey, going in a lift and down some corridors whilst having full blown contractions.

In the labour ward, we were shown into a room and I was finally given my gas and air, after taking my first few desperate breaths of it, I remember saying ‘this is good stuff’ to the midwife.

From then on things progressed quickly, at 2.30pm I asked if I could use the birth pool, they said it was available and they would start running it for me. I finally got into the birth pool at 3pm which felt amazing, the warmth of the water definitely helped with the pain and after 4 or 5 contractions and big pushes Adalena Joyce was born into the water at 3.22pm on 26th November 2017.

She was passed straight to me and my first word, looking up at Garry was ‘Phew’. I think Garry was a bit overwhelmed at this point from everything he had just witnessed, but he managed an excited smile and I think there was a ‘wow’ there too.

Adalena was wrapped in a towel as the midwife cut the cord and passed Adalena to Garry, his face was a mixture of wonderment and apprehension at being responsible for this new little person.

I was helped onto the bed where Adalena was passed back to me for skin to skin and our very first feed – I felt amazing, that post birth rush of endorphins hit me and the pain was forgotten – I delivered the placenta with no complications and was very pleased to hear that no stitches were necessary afterwards. 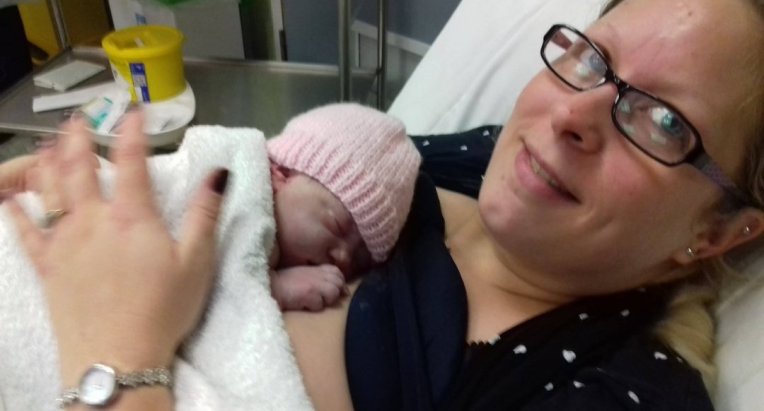 After an hour or so I went for a shower while Garry held Adalena. I remember my tummy feeling like someone elses, and feeling so relieved that everything had gone well and that my labour was so quick, only 3 hours 22 minutes, from pessary to birth. I was so surprised by this as I was fully expecting a third 24 hour labour, as I’d had with both Serena and Darian.

The midwife came back in to weigh Adalena, she was 7lb 13oz – I was shocked as she was my smallest baby yet. (Darian was 8lb 13oz and Serena was 9lb 13oz) 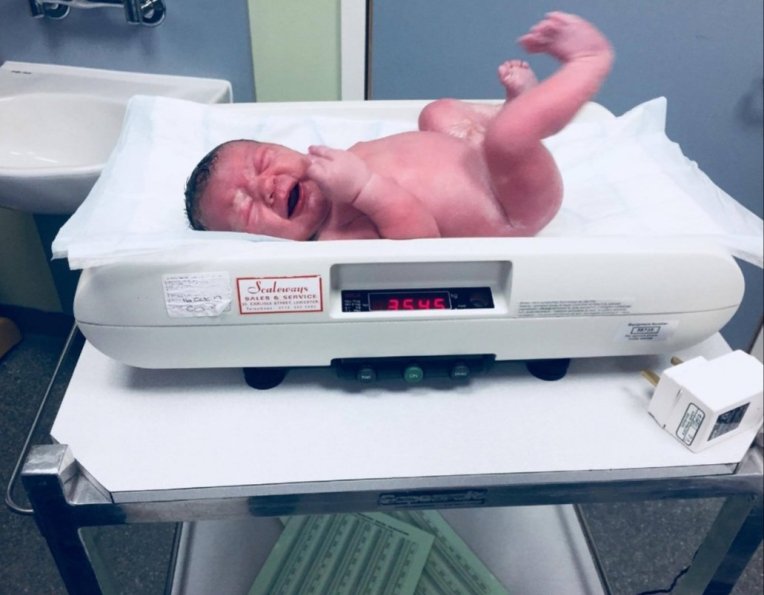 We then put her very first nappy on and dressed her in her first vest, sleepsuit and hat that we chose for her during the pregnancy, we then got things together ready to move up to the maternity ward for the night.

We stayed in hospital over night just to be monitored to ensure neither of us were showing any signs of infection due to the premature rupture of the membranes almost 30 hours prior to the birth – I must admit I didn’t want to rush home anyway, as I wanted those first few hours just to get to know Adalena and adjust to becoming a mummy again after 7 years. 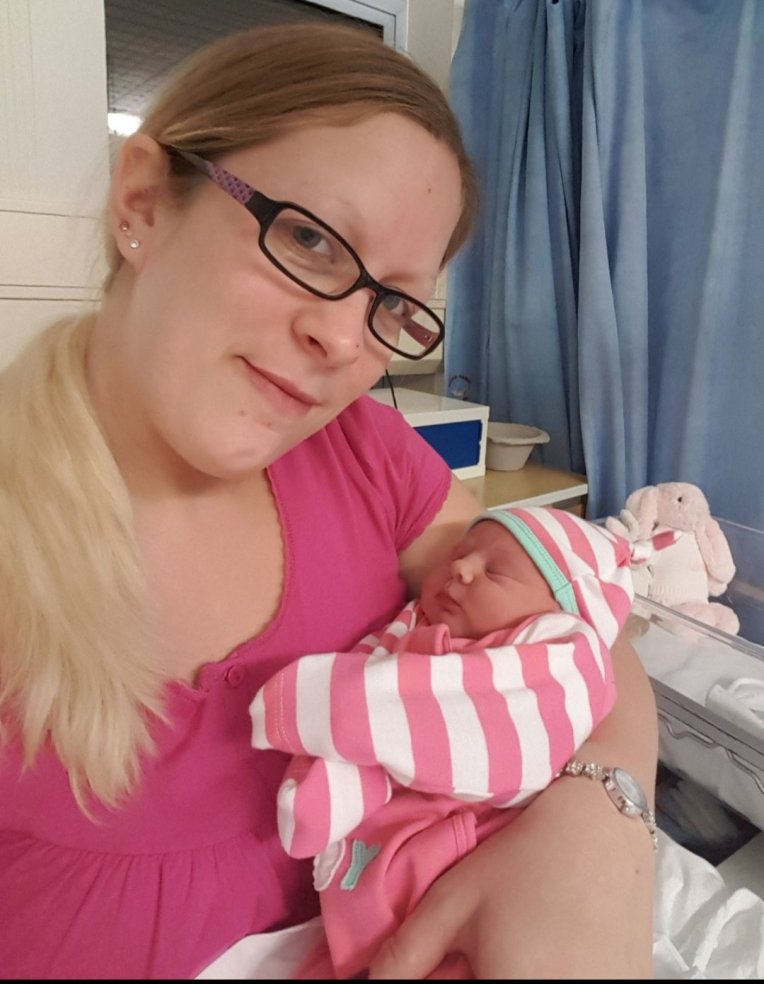 We left hospital at around midday on Monday 27th, and made the 30 minute journey home with our new little bundle, her going home outfit was this little sister sleepsuit that we bought at 20 weeks when we found out we were expecting a girl. 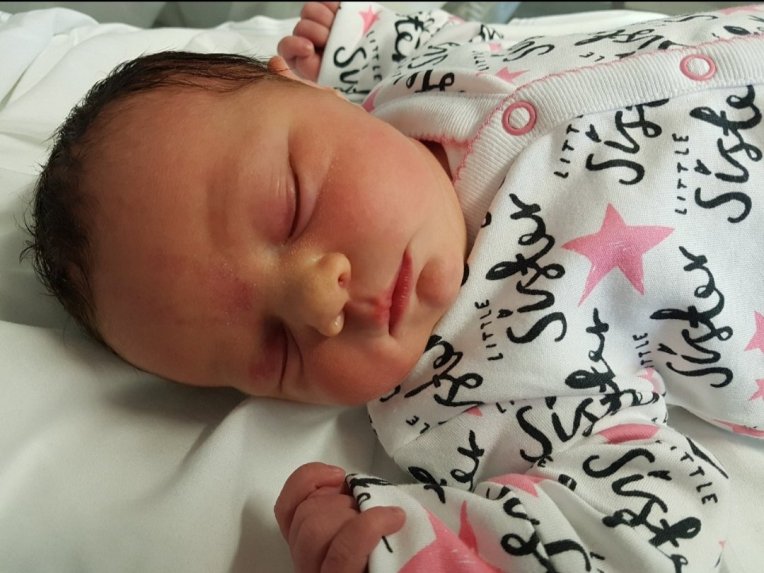 Proud daddy carrying our beautiful baby girl in her carseat, all ready to go home and begin life as a family of five.