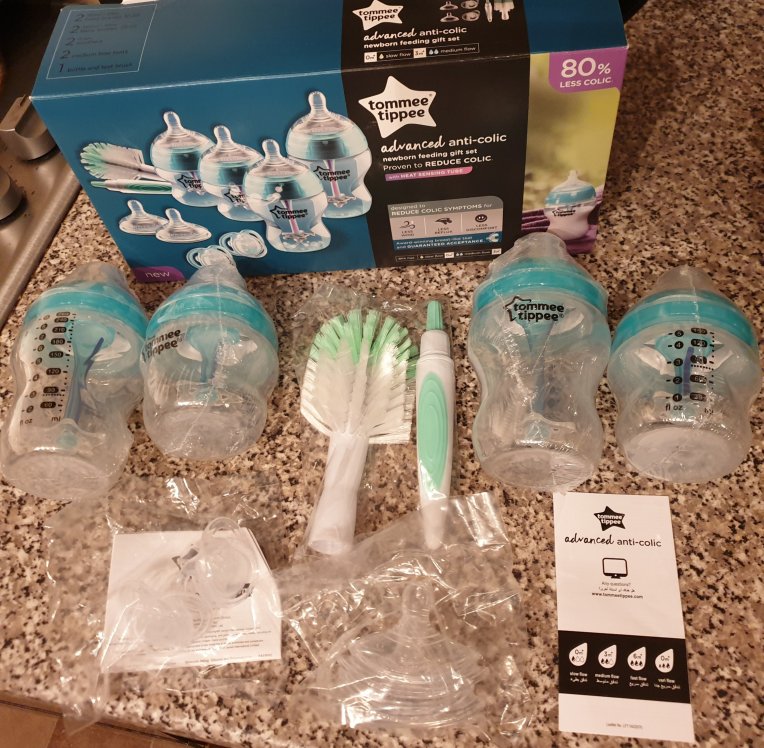 The advanced anti-colic bottles are designed to reduce colic symptoms such as wind, reflux and discomfort by as much as 80% which is fantastic news for Adalena as she has always suffered with colic and reflux symptoms alongside her milk allergy.

Inside the bottle is where the magic really happens, with it’s unique 3-piece anti-colic technology that draws air away from the milk – the tube has a clever little heat sensor on it, which will turn pink if the milk is too hot. 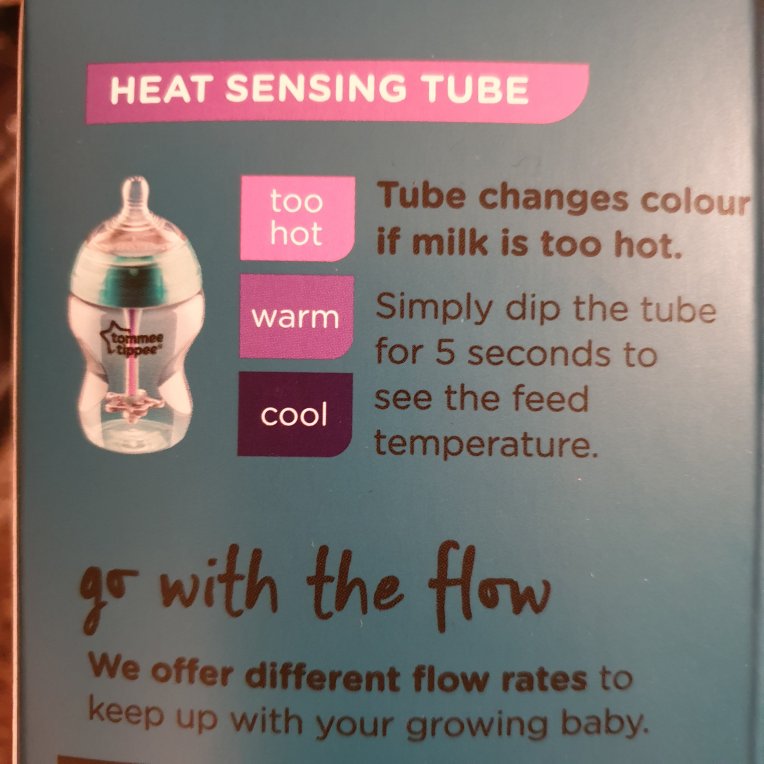 The star valve on the end of the heat sensing tube prevents milk from moving up it, making the bottle leak proof. 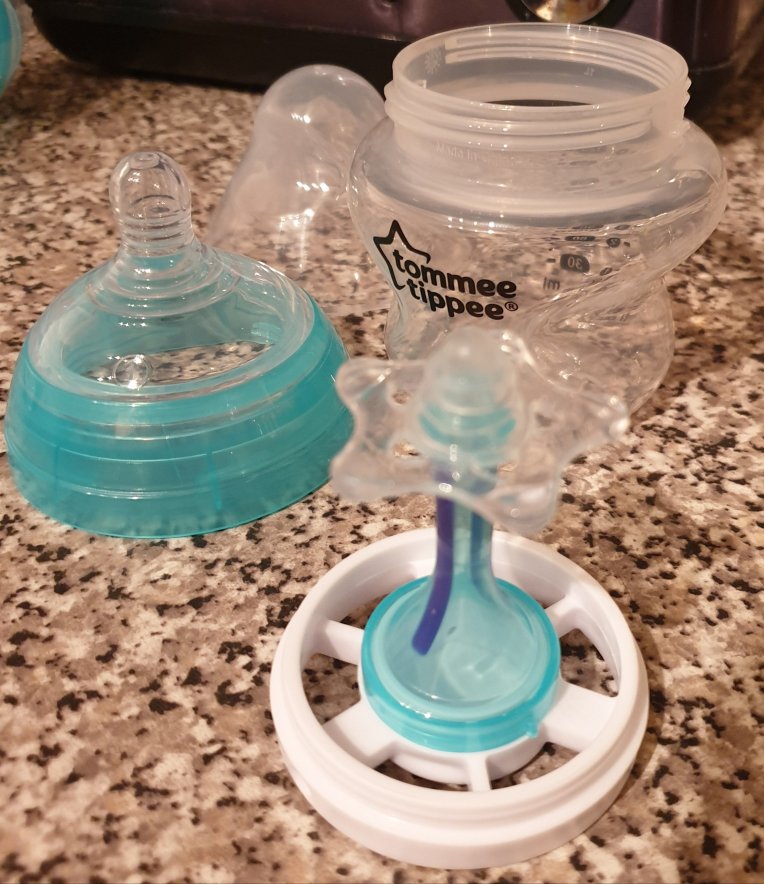 The award winning teat is said to be guaranteed to be accepted by babies as it is like a breast which encourages a natural latch, just as they would at the breast – this is also great news for me as Adalena has been breastfed since birth, I would not want to introduce a bottle that would change her latch or confuse her. 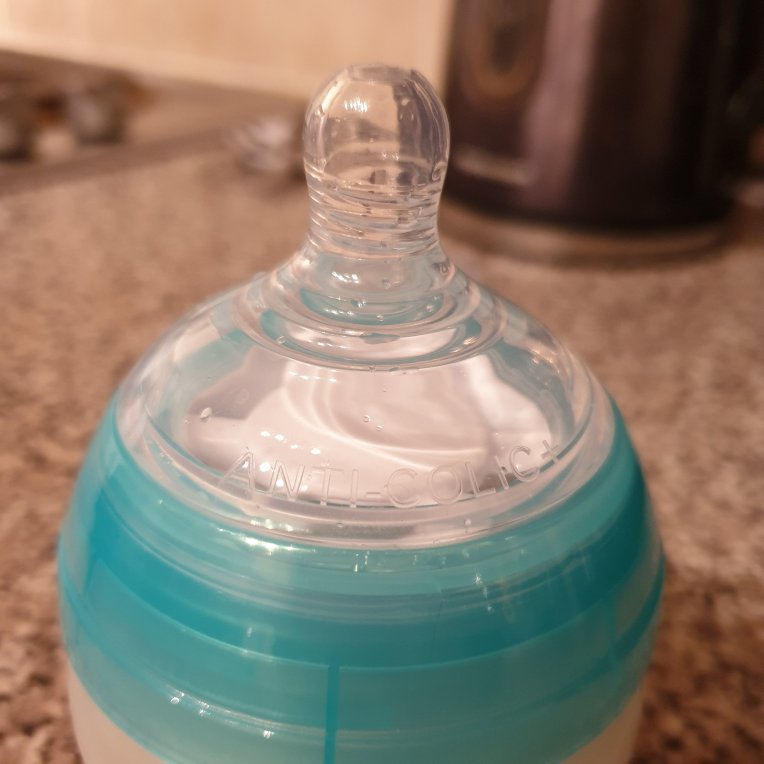 The bottle comes in 7 easy to clean parts comprising of the lid, teat, bottle, ring, valve, tube and the white tube holder. 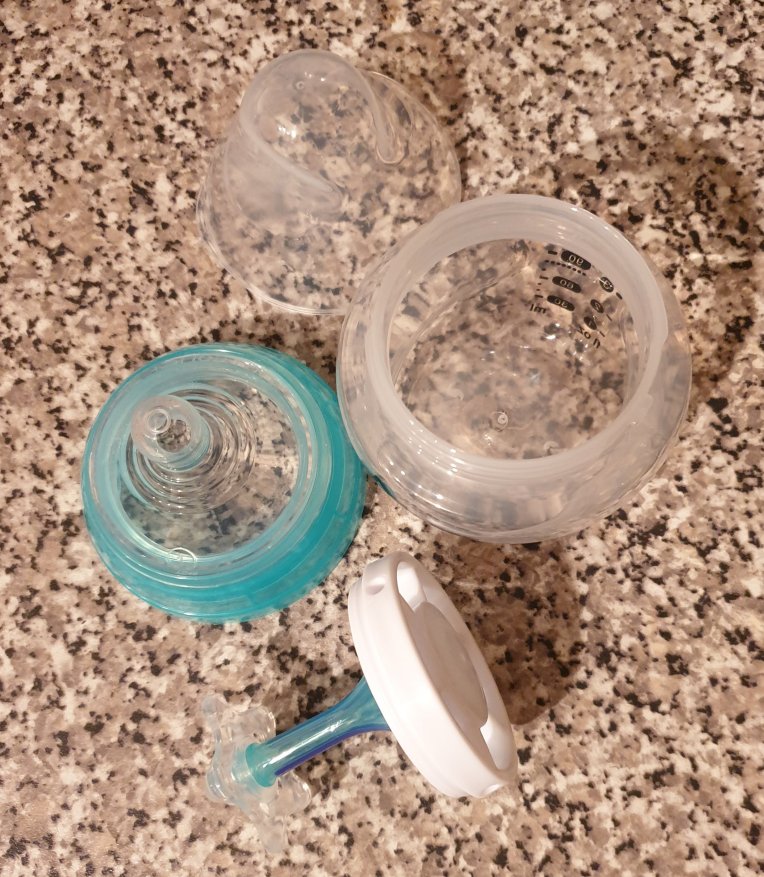 Washing and then sterilising the bottle before first use in the Tommee Tippee 2-in-1 travel steriliser was so simple, you can find my full review of this product here

So how did Adalena take to the bottle for the first time?

Well, to my surprise she took the bottle with no fuss what so ever and just fed from it as she would on the breast and with the same latch.

We used the slow flow teat to start with, which seemed to suit her well and I could see her sucking and swallowing at a similar rate to when she feeds from my breast.

We chose to try the bottle in the evening to see if it would help with Adalena’s colic and reflux symptoms.

Adalena appeared settled and comfortable after using the bottle and didn’t seem to have as much discomfort from wind through the night that she usually suffers with.

I’d even go as far as to say that she actually slept more soundly after using the advanced anti-colic bottle than when she has used the Tommee Tippee closer to nature bottles.